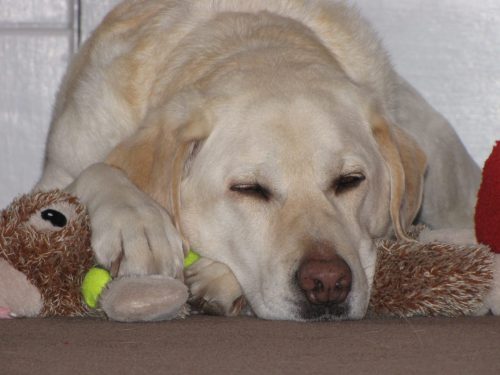 It’s all about the music really. At least for me. The rhythm of the kitchen, the knife, of life. The soundtrack of a day, a year, a life. There is no such thing as background music. It’s front and center or it’s off.
Son of a musician, a music educator, I had some unusually terrific opportunities as a kid. They’ve become more important to me as time has passed. Turning pages for my dad in the pit orchestra for Schenectady Light Opera. Watching local trombone legend Don Paulson or percussionist Don Bush. Playing 3rd trombone parts in the big band at Sherman’s Amusement Park up in Caroga Lake as a middle school kid. Sitting on a piano bench next to the great Count Basie. A high school stint with Specialized Audio in Saratoga. Those guys were really terrific. Great memories all. The experience that stood out above the rest for me, the one that still makes me grin, was the first time I met Jack Fragomeni. Perhaps the most celebrated jazz guitarist of the Capital District, Jack was a truly sweet and unique individual. It was uncommon at that time for a pit orchestra to include a guitarist, but for that show they got the best. First time I met him he showed up a little late to the pit in a loud plaid jacket, at Niskayuna High School, for a performance.
Fast forward a couple of years to the evening I ran into Jack in the parking lot of his apartment building. He was getting out of his car when I arrived a little early for my lesson at his place above the Grog Shoppe. “Hey Jack,” I asked, “what’s that bumper sticker mean? The one that says ‘Django Lives’.” His grin was his reply. I never took my guitar out of the case during my lesson that night. We just listened to Django Reinhardt recordings.
At some point, one of the rituals of my weekly lessons became dropping off feathers from game birds my dad and Cock ‘n Bull founder Don Staber collected. Jack would tie trout flies and send them back with me. Eventually Jack came out to meet Don. They hit it off immediately and Jack became the founding father of music here at the restaurant. Until his untimely passing, the sweet tone of Jack’s hollow body was the soundtrack of this restaurant.
I remember clearly stopping to say hi to Jack one day and introducing him to my young Lab. Jack gave his approving grin, wished me luck and asked what the pup’s name was.
“Django.”
Turned out to be the best friend I’ve had, that sweet dog.
Django was singularly responsible for this restaurant’s involvement and commitment to Crossroads Center for Children. We stopped in one day because my friend Kelly Young had asked if I could take a look at a small maintenance issue. Django immediately fell in love with the kids and they, in turn, with him. I can’t count the number of kids he turned into dog lovers. Through the years, this relationship with Crossroads remains special. Tugg has filled in for Django.  My nephew, Matthew joined the team and has spent many mornings with Tugg, reading with the students. Precious.

So this Django and I spent countless hours together down at Maalwyck  Park in Glenville.  Coaching soccer together, maintaining fields and equipment together and logging a whole lot of miles together in the quest of eternal youth.  One cool morning while jogging we ran into a guy with a black lab named Harley.  Django and Harley hit it off instantly!  The owner and I were a little more cautious.  I mean, after all, he was wearing a Red Sox cap and a Martin Guitar shirt.  I fashioned a Taylor Guitar sweatshirt and a Mets lid.  I think our first syllables could best be described as grunts towards each other. I had no idea at that time the importance Steve Kovacik and Kovacik Guitars would play in the reintroduction and evolution of the music scene here at The Cock ‘n Bull.  I only knew that the look on Kovacik’s face was priceless the first time I yelled “Buckner” and Django dropped the baseball!  Also turns out that Steve is one heck of a craftsman with highly sought after luthiery talent.

Which brings us to the next chapter.  Mr. Kovacik  was at the Joe Val Bluegrass Festival as a vendor and demonstrator a few years back when he heard a voice behind him talking about his dog, Django.  Expecting to see me, Steve turns around and meets the young and talented Gabe Hirshfeld.   Gabe is one of the greatest dog lovers this world knows. Gabe is also an unbelievably talented banjo player.  Ridiculously talented.  Steve meets Gabe who introduces him to his friends that comprise The Lonely Heartstring Band and he’s blown away by their energy, their musicianship, their charm.  So he asks them to come to Galway to play.  They accept the invite and then Steve tells me they’re on their way. And they were great. Shockingly great to be honest.  One morning over a post gig breakfast, Matt Wittler (mandolin) says he has a friend that would like to come out and play sometime.  They all agree that it’d be a good fit, so a few weeks later we had the pleasure of meeting Molly Tuttle, John Mailander and Allison de Groot.  And then The Goodbye Girls, who send us Mile Twelve and then Stash Wyslouch and then Bruce Molsky and Tony Trischka and Michael Daves and Joe K. Walsh, Caleb Klauder and Reeb Willms and the list goes on..

I hiked Ampersand Mountain in the Adirondacks one day with Django and my daughters.  This is not an unusual way for us to spend a day.  Great day. Great memory.  We got back to our base for the week, The Hedges, in Blue Mountain Lake and found my wife on the dock talking to some folks she met that day.  While they continued to chat, my girls and I threw a buoy into the lake for Django to retrieve.  Django was ‘that’ dog you see flying off the end of a dock, taking flight, and hitting the water like a fallen oak.  He crashed it.  After about 10 good leaps, one of Dianne’s new friends stepped over and said, “Great dog!  What’s his name?”

That’s how I met one of the few people I’ve ever known more obsessed with music than I am.  Paul Siegel  is a walking encyclopedia (remember those?) of musical knowledge. He also seemingly knows everyone connected to the production of music in the last 60 years.  Enter Jon Cleary, Davell Crawford, Evan Christopher, Scott Sharrard and Larry Campbell performances here at The Cock ‘n Bull.  Paul is the one who has made them happen.  Really, it’s still unbelievable to me that these tremendous talents have come to this barn and provided some of the greatest shows any of us have ever seen. 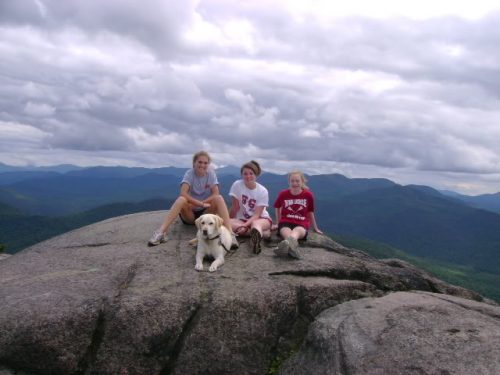 We recently hosted a show here that featured two tremendous guitarists.  They were referred to me by Lonely Heartstring Band fiddler, Patrick M’Gonigle.  Adam Levy and Anthony da Costa gifted us with a truly incredible performance.  Funny, brilliant, passionate, intense.  An intimate night of storytelling, song sharing and playing at the absolute highest level. After the set, while chatting with Adam, I mentioned to him that I thought one of his pieces reminded me of Jon Cleary’s music.  He was shocked I’d heard of Cleary.  I was shocked that he had.   He asked how I first found his music.

“Cause I used to have a dog named Django.”

I started this entry two months ago but stepped away from it because I felt I was losing direction.  I do that.  Tangents.  Not really sure where this story was wandering to, or how to stitch it up.  I guess that’s the thing with these stories of connection. Degrees of separation.  They don’t become more focused with time. They tend to ripple, disperse and collide.    This past week we hosted the first “Puppy Shower” that we’ve ever had here at the Bull.  Steve Kovacik came out here for our weekly guitar circle and stepped into the middle of a surprise party to welcome his newest family member, Ruby.  Holy cow, is she gorgeous!!   After all, she’s a cousin to Tugg who is a  nephew to Django. 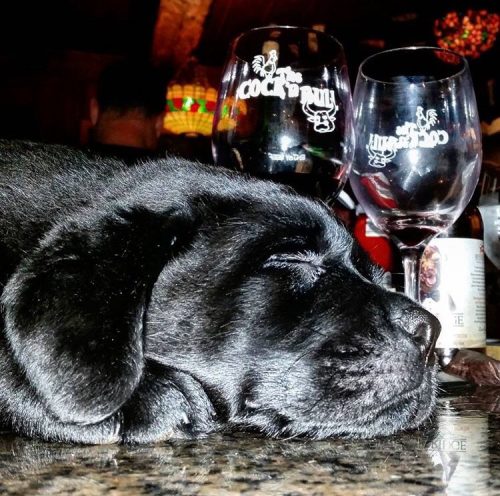 Nobody in the room seemed to notice that the music in the background Wednesday night was Jack Fragomeni’s last recording “I’m having a Good Time.”

Thanks for stopping by…